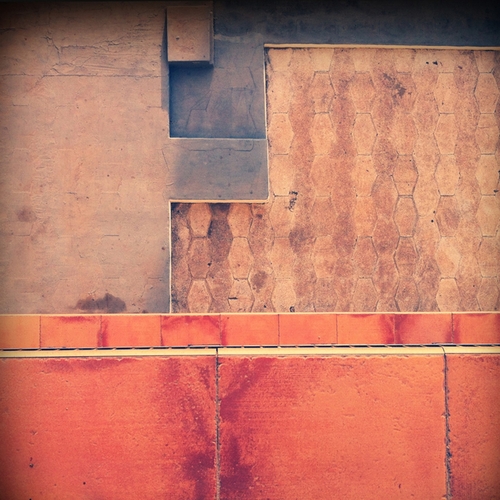 Empty Pools formed in the halcyon days of fading summer 2011. They artfully combine elements of noise-rock with teen-dream melodies, late ’70’s CBGBs angularity and the jazzy world-pop sophistication of the Thrill Jockey set.
Recorded and mixed by Stu @ State Of Art and mastered by Shawn @ Optimum Bristol, May 2012. Self-released in June 2012, re-released worldwide by Enclaves Music on 30th July 2012.

“Bristol’s Empty Pools are channeling a classic rock sound, not least because of Leah’s strong, ballsy vocal backed by some damn funky guitar and drum lines. TV talent shows make bland supposedly pitch perfect voices the norm in the mainstream. Leah has one of those that’s like a welcome relief on your ears – original, emotive and lyrics that get you thinking… or wandering.” - TOM ROBINSON’S FRESH ON THE NET

“If you haven’t heard Empty Pools’ ‘Vanderbilt Cup’ yet, you should. It’s one of my favourite debut single releases of the year so far, and the follow up is now here. ‘Exploded View’ is less dreamy but packs more punch –guitars crunch and swirl intensely before building into a flurry of blazing riffs. It’s twitchy post-rock, it’s angular and arty (there’s also a bit of a funky swagger in there too). But most importantly it never loses sight of the importance of a melody and a great tune. Intelligent and sophisticated but never boring, this is 5 minutes and 29 seconds of intense excitement. I’m starting to expect greatness.” - PLANET NOTION’S SONGS FOR THE WEEK

“The four-piece instilled a quite irrepressible hope absolutely instantaneously, and Exploded View is a commensurately eruptive listen that has the bona fide feel of a single in the most traditional of senses. There’s an invigorating fidget to it, an angst almost, as cascading Greenwood-esque guitars sear through the mucky tumble of Holy Bible-era Manics with the caustic burn of acid rain.” - DOTS AND DASHES

“…nailed the perfect balance between immediacy and gradual pay-off. The crooked guitar riff at the start reels you in while the obtuse lyrics ensure you’re hooked for the entire duration, unravelling in its storytelling but evading conclusiveness throughout.” - THE LINE OF BEST FIT

“…builds steadily, adding multiple layers and leaving a distinctive vocal pattern to wander off into minute long instrumental jam session brought to an abrupt halt by the closing crashes of guitar, bass and drums.” - SEXBEAT

“Back with their second self-released single, the much acclaimed Empty Pools return with a heavier, more skeletal offering than debut single ‘Vanderbilt Cup’. Laced with disdainfully detached Kim Gordon style vocals, the band remain remarkably contained throughout the majority of track, preferring an air of Kraut aloofness over the predictable rock excesses so many bands fall into the trap of. Groaning off-kilter bass lines provide a menacing backdrop, like the rawer end of Queens Of The Stone Age’s back catalogue , to a flurry of delicate guitar melodies. With such a limited discography to contextualise this release, its really difficult to predict what’s next, but its guaranteed to avoid the usual clichés.” - FEAR OF FICTION

“Empty Pools are a new art rock/post punk band from Bristol, that have a recently released single, “Exploded View”, ready for your ears. While the track doesn’t immediately ”explode” upon you, the sinister, fuzzy guitars accent lead singer Leah’s uncompromising vocals to a tee. Once the last minute instrumental takes place, the wall of sound will push you over the edge of your love of this track.” - HANDCLAP MOVMENT